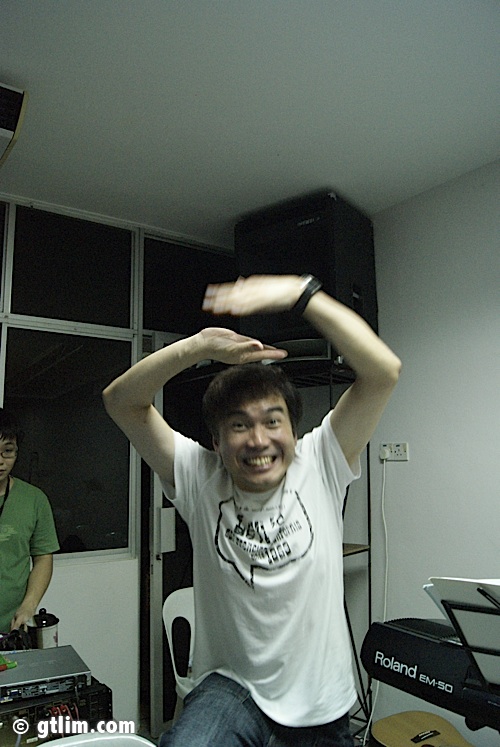 唉，没办法，有时候为了要讨好年轻人，真的要牺牲形象。。。这年头牧师不容易当哦。。。哈哈！
Sigh! No choice! Sometimes to please the young people, you really need to sacrifice your image… not easy to be a pastor nowadays… Haha!

后来另一只猴子也出现。。。
Later, another monkey appeared too… 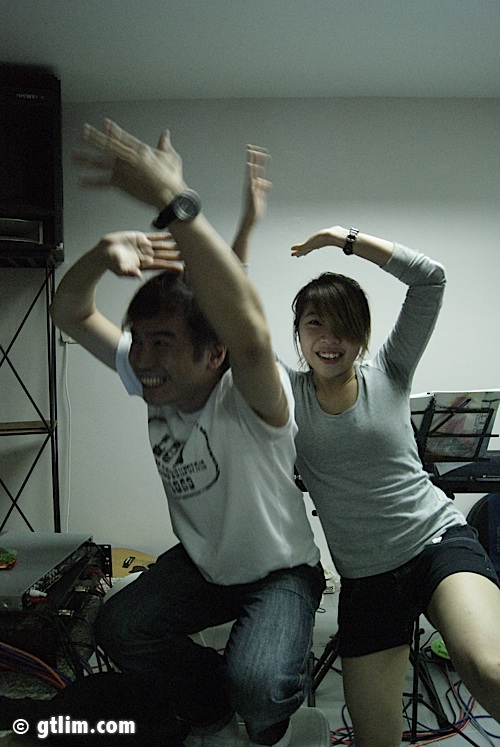 Dec 14-17 was our church’s annual Youth Camp. I did not intend to join at all this year because I have been so busy recently till I feel rather exhausted in all aspects… plus this time the camp site was in Sibu, a distant town, so I was even less interested!
So I did not participate much, I handed all the duties to my good co-worker, our Youth leader David Koh to plan and decide completely… When I told him I was not going, he appeared shocked ( But don’t know happy or sad? Haha! )

They left on Monday the 14th. I normally rest on Monday and I don’t even go out, and I thought they would have left very early in the morning… then unexpectedly I received a text message from David at about 2:30pm saying “Pastor, we are leaving now…” Only then I realised they did not leave so early…

I meditated as I sat on my throne in the toilet… (Hey, is such a detail necessary?… oh sure! I’m trying to let you guys know we can communicate with God at any time, any place! Do you know many gods that others worship lose their “power” in the toilet? Our God is not that weak…)

Alright, back to the story… I was meditating in the toilet… I suddenly felt ashamed! Why did I not go and bless these adorable youths before they left? I have been too nonchalant this time… I felt God rebuking me…

Suddenly a thought entered my mind to give them a surprise, to suddenly appear in their camp! So I went to check my diary and discovered that I could fly in on Wednesday morning ( they went in four buses and took 8 hours to arrive! It’s only about 45 minutes by flight at the most…)

So on Wednesday, while they were in the midst of their meeting I suddenly walked in and ” disrupted” Mr. David’s preaching… He was taken aback as well and then blurted out “Let’s welcome Pastor’s arrival!”… Then all the youths turned around and clapped thunderously…

Hey, honestly, were you guys pleasantly or shockingly surprised when I suddenly appeared??? Wre you touched a bit??? Hahaha…

After joining their camp, I did not become more exhausted, instead my strength was renewed, I had time to be quiet, to communicate with God to plan for my schedule next year etc…

I’m very glad I went, indeed God is very good! And I want to thank all the youths too for accepting my late registration! Haha!