非常抱歉，让大家久等了，因最近金豹步步追踪最新消息，搞到金豹疲惫不堪，身体欠佳。。。
看金豹下面憔悴倦容，你就明白了。。。
Thousand apologies for keeping all of you to wait so long, but it is due to Golden Leopard unceasing pursuit to get you the latest news till Leopard became physically exhausted and unwell…
You would understand when you see Leopard’s weary and haggard look below… 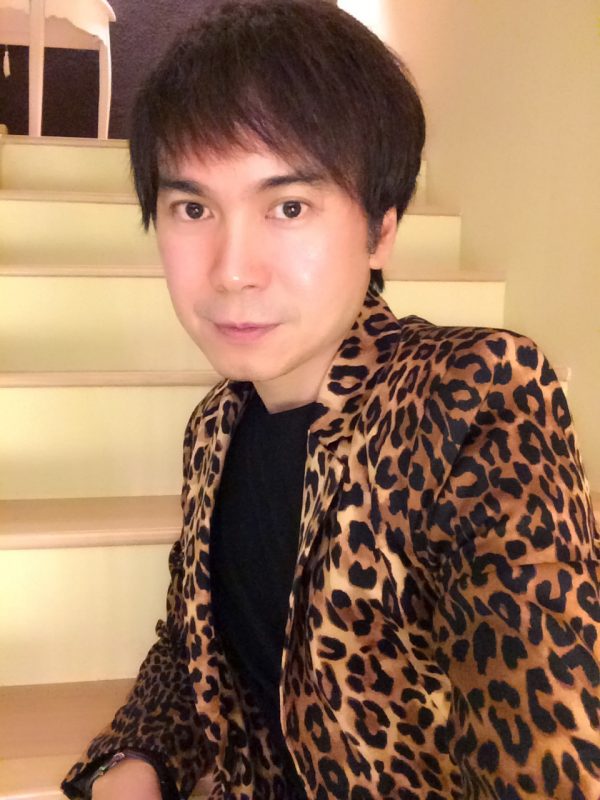 But no matter what, being very professional, even if he is sick or tired, Golden Leopard insists on reporting the latest news to all the faithful kepoes (busy-bodies), so tada! Here is the list of the finalists!
The first to enter the Grand Final is of course the all-time favourite, the one whose mother praised to the heavens the version the representing singer was singing but refused to comment when the original writer sang her own version:

Dorcas SG’s “I Look Unto You”… but most likely Leopard would force her to change the title of her song, please ok! Pick a stone to simply throw and you can hit this kind of title anytime, just like the name John and Mary… just within our own competition entries, there are already two songs called “I Look Unto You”! So she scored basically zero for creativity for song title… 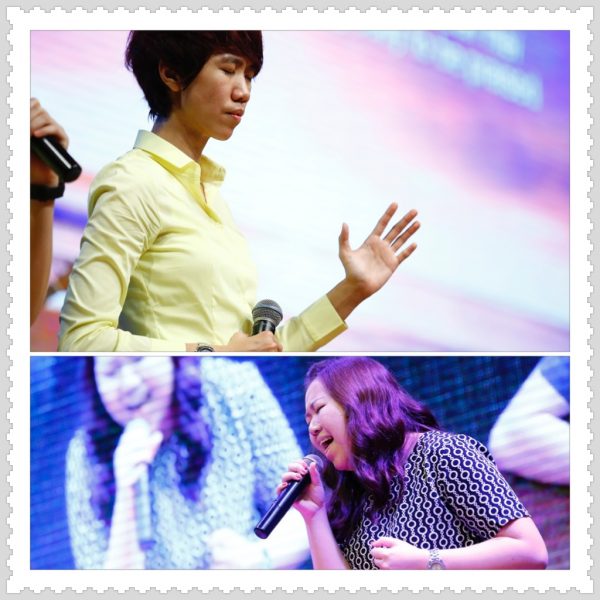 2nd finalist: WeiNi (Representing singer: Steve Kong)
Their duet of “Where Art Thou. Here Am I”, likely to have copied Romeo and Juliet’s line, caused much stir and created some romantic rumour between them… and the representing singer Steve Kong is really “a rooster that frightens everyone with its first crow” (meaning very impressive), and everyone feels the original representing singer who sang in the demo version, Danny Q can just stay on in some obscure desert in the Middle East, like sand blown by the wind, his voice forgotten by people… 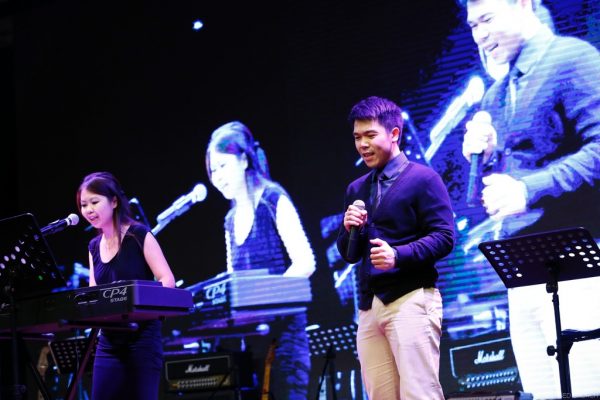 The 3rd: This you all knew already, Stephanie Thian (Representing singer: Zhong Wei)
The writer Stephanie has such nicknames like the copy of S.H.E Selina and Jolene Tsai Yi Lin. Though the representing singer Zhong Wei gave people the same feeling as Steve like the frightening first crow of the rooster, regrettably we will not be hearing him sing this song again in the Final because Stephanie insists on singing this song herself, she thinks no one can sing it better than herself. She did not sing in the preliminary round because she had no choice as she was travelling then, in fact she wanted to submit her singing in video to compete then, you can see how threatening her confidence is!

图示：甜丝丝姐田思洁和初赛代唱歌手忠卫
Picture shows: Stephanie and Zhong Wei, the representing singer in the preliminary round 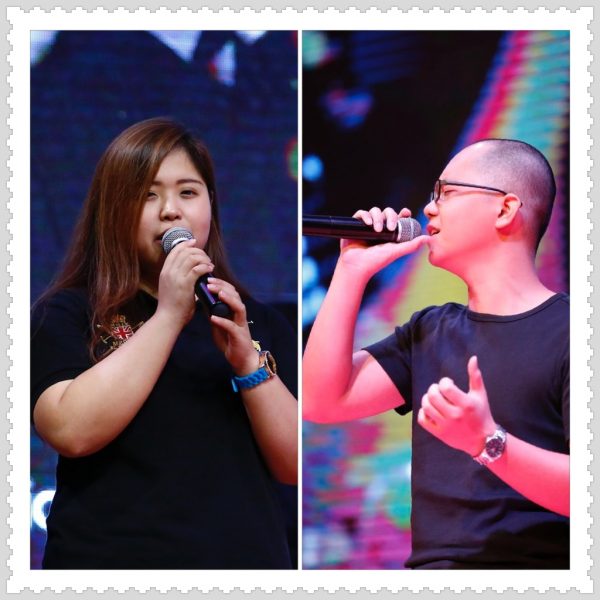 第四位：王保安。
这个啊。。。也有点争论性啰，他认为他是属于红哥和蓝包那一类，因为太强而被威胁退赛的。。。你们说呢。。。？
The 4th: OPA.
Well, this one… kind of controversial too as he thinks he should be in the category as David Koh and Rambo to be threatened to withdraw from the competition for being too strong a contestant…what do you say…? 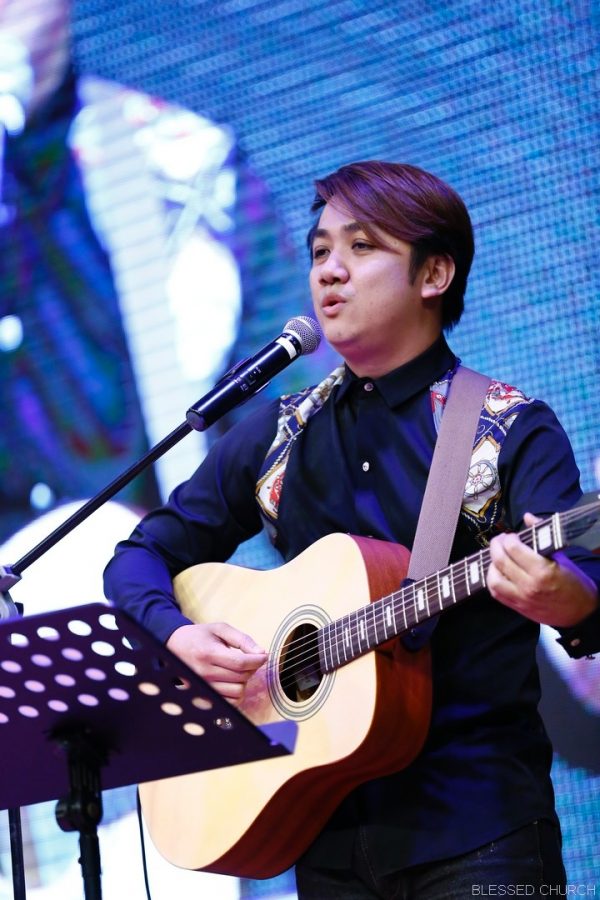 The 5th: This one you all know too as he was one of the borderline contestants to finally squeeze into the final, David Sia.
As for him, well, he has the style, very good at makinghimself look like a celebrity. In actual fact, he can dance much better. Look at how nicely styled his hair was and it did not get out of place no matter how he moved, but he insisted he did not style his hair at all that night! It was all natural he said… Well, I believe him…. 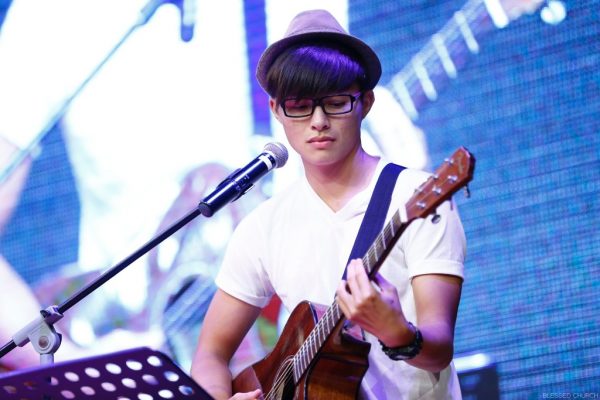 After announcing the five whom most of you would somehow know are surely in the final, now the remaining ones will be those whom you yourselves think or guess should be i the final…
But Leopard is kind of tired now, we shall continue later… 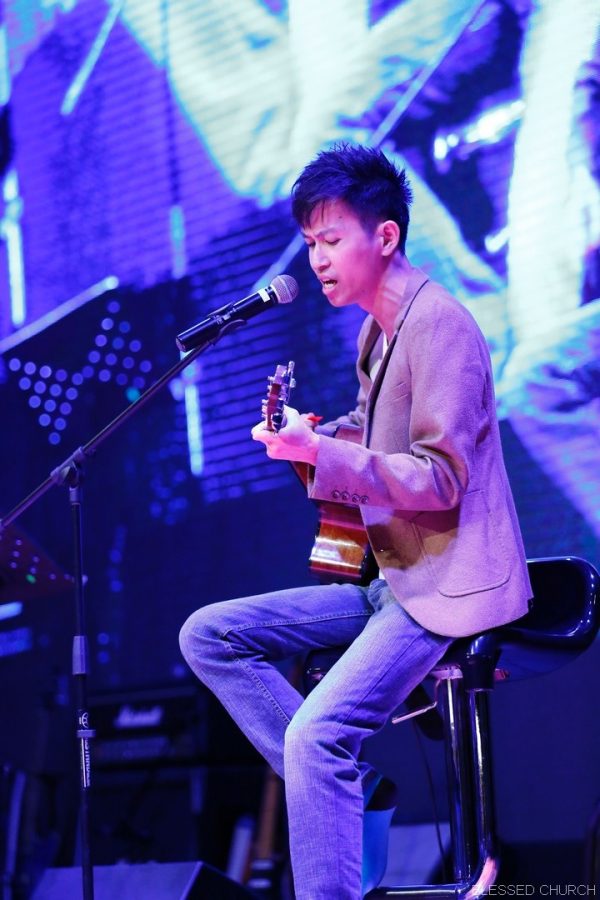